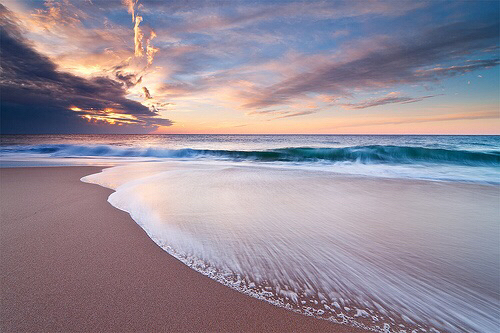 The Dangers of Ecstasy

Many times when ecstasy users grab ahold of this drug, they don’t realize the amount of danger they are putting themselves in. Ecstasy is one of the scariest drugs because a person can overdose on it before they have time to rewind and retrace their steps or get any help.

Ecstasy eliminates the process in which one can recall events, remember specific things that happened while on the drug. It destroys Nigral cells in the brain, which cannot be recreated or brought back to life.  We are born with about 400,000 of these cells and once you lose under 250,000 of them you could be at risk for getting Parkinson’s disease.

Like many drugs, the chemicals and continued use, destroy parts of your body and vital organs that you need in order to live a long and healthy life.

Someone who abuses ecstasy increases their risk to develop a number of health problems down the road. As for more immediate affects, ecstasy has been known to cause panic attacks, blurred vision, high blood pressure, heart attacks, and too often, lead to death.

One of the more common places ecstasy is used, is at night clubs or live music venues. The reason for this is the rush that is created when someone combines substance, loud music, crowds of people, lots of movement, and low lights. Yes, it is a very dangerous combination and when a person participates in this type of activity, they can easily get caught up in the rush, the fun, the moment when they feel happy and alive; In that moment is when everything can turn and your life, body, and whole world can come crashing down on you in the blink of an eye.

When we use substances to try and increase the amount of “fun” we could have, we increase the chance of losing it all. Don’t be one of the many thousands of people each year who overdose on Ecstasy.

What is GHB or γ-Hydroxybutyric acid?

GHB, short for γ-Hydroxybutyric acid is another drug wreaking havoc on today’s club kids. It is popular among teens, young adults, and those in the bodybuilding community (used to increase muscle growth and athletic performance). So what exactly is it?

GHB, otherwise known as “G”, was synthesized in France over 50 years ago and originally used as an anesthetic, but many rejected it due to its unwanted side effects. It was reintroduced in the medical community in 1987, and was used in research studies to determine whether or not it could be used to help patients with severe pain, sleep disorders, and to help with weight loss. Some have reported to use it as an anti-aging component.  Bodybuilders have been told that this drug would help to increase muscle size.

What some physicians prescribing this drug are not telling their patients is that it is extremely easy to overdose on GHB when mixed with alcohol or any other chemically induced substance such as cocaine and ecstasy. Even though some confuse this drug to be related to ecstasy because of its other name “Liquid X,” there is actually no relation; “G” is a completely separate drug.

It grew popularity in the early ’90s in North America among the club scene and regardless of many overdoses on the drug “G” was approved by the FDA in 2002 to treat narcolepsy under the name of “Xyrem.”

GHB is a powerful nervous system depressant and psychoactive drug and has been said to be one of the most dangerous drugs in the country. One very alarming thought about “G” is that many young adults believe they can use “G” responsibly. This is completely untrue.

The average measurement that is consumed is in the amount which fills a water bottle cap, or one teaspoon taken orally. It may be clear or blue, and it has a salty taste. “G” is used to relax and calm a person’s mind, but can cause a lot of anxiety, sweating, blurry vision, tunnel vision and it can even result in sudden unconsciousness, a coma, and in many cases death. Many club-goers use it as a “pregame” drug either before they get to the club, or while partying to increase the euphoria of other substances, such as cocaine, alcohol, and/or ecstasy, which can be instantly deadly. “G” stays in the body for about 12 hours and feelings of euphoria may last up to 48 hours.

When mixed with alcohol and any other substance, “G” becomes one of the deadliest drugs out there. Many reports have shown cases of women dying every year from “G” being poured into their drinks at a bar or nightclub and being used as a date rape drug. It is important for both men and women to be extremely careful and consciously aware of their surroundings. It does not take much for someone to slip up alongside you and pour something very dangerous in any beverage while looking the other way.

A person who consumes even just one water bottle cap size of “G” is expected to experience numbness all over their body, time-lapse,  a disengagement in intellect, difficulty speaking, shallow breathing, delusion, slow heart rate, amnesia, and potentially overdose or death. It was actually approved by the Food and Drug Administration in 2002 to use as a treatment for narcolepsy (sleeping disorder) and has been found to be addictive.

There is not a whole lot of information out there about “G,” and many people are unaware of the serious dangers that just a small amount of this liquid can cause.  Below you’ll find additional information that can help save a life or help someone in need.

How to avoid being “drugged”:

Signs you have been drugged:

What to do if you suspect you’ve just been dosed:

Effects when consumption is increased: